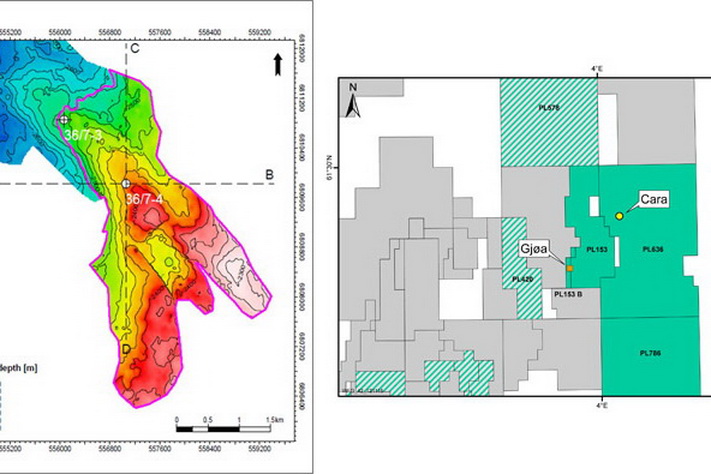 The objective of the well was to prove petroleum in a stratigraphic trap in Early Cretaceous reservoir rocks (Agat formation).
The same prospect was tested by Norsk Hydro in 2002 with well 36/7-3 but the well was reported dry. Later work by Engie and partners led them to believe that 36/7-3 has a few meters of oil pay in the very top of the Agat formation and therefore just missed a larger column up-flank of the location (i.e. a prime example of “missed pay”). Hence, 36/7-4 Cara was drilled successfully up-flank and proved oil and gas very in such quantities that the discovery is likely to be commercial.
It is most likely a “play opening well” as it has proven that Cretaceous sandstones can make up commercial targets.
Link to press release