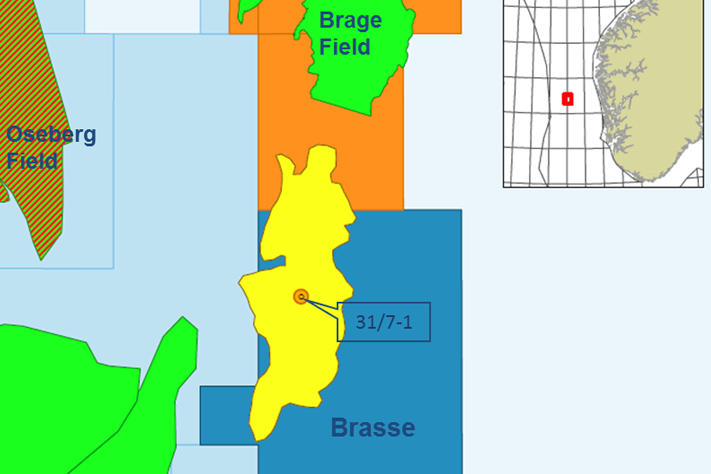 Faroe Petroleum, the independent oil and gas company focusing principally on exploration, appraisal, development and production opportunities in Norway and the UK, is pleased to announce the commencement of the Faroe-operated Brasse exploration well 31/7-1 in the Norwegian North Sea (Faroe 50%).
The Brasse prospect is located immediately south of the producing Brage oil field (Faroe 14.3%) and, if successful, could be tied-back to the Brage facilities or alternatively to other nearby installations.  The well will target the Jurassic aged sandstones in a four-way dip-closed structure with a total vertical depth of approximately 2,750 metres in the Early Jurassic Statfjord Formation.
The water depth at the site is 118 metres and the well will be drilled using the semi-submersible Transocean Arctic drilling rig. The co-venturer in the PL740 licence is Core Energy AS (50%).
Graham Stewart, Chief Executive of Faroe Petroleum commented:
“I am pleased to announce the spudding of the Faroe-operated, Brasse exploration well located in close proximity to our producing Brage oil field. This is a near field exploration target which provides significant upside potential to Faroe, in one of our core areas.  On a post-tax basis the well is expected to cost Faroe less than £2 million.”