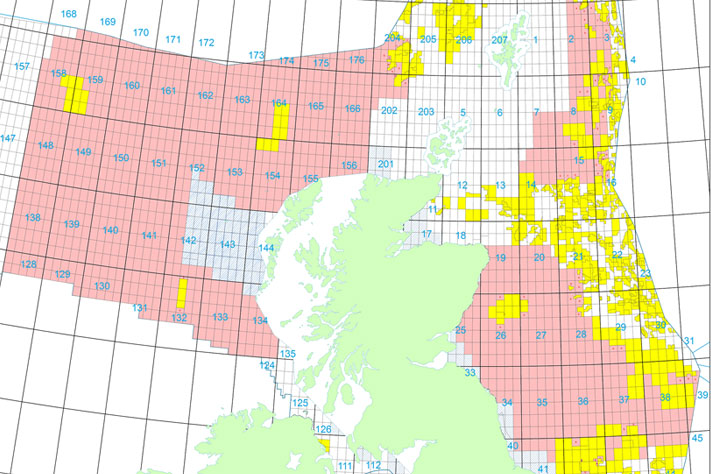 The Oil and Gas Authority’s (OGA) ‘UK Oil and Gas: Reserves and Resources’ report, just published shows that overall remaining recoverable reserves and resources range from 10 to 20 billion barrels plus of oil equivalent.

The Oil and Gas Authority (OGA) has attracted 29 applications covering 113 blocks in the latest offshore licensing round which targeted under-explored areas of the UK Continental Shelf (UKCS).
The 29th Frontier Licensing Round is the first licensing round in two decades to focus on frontier areas. Applications were received from 24 companies ranging from multinationals to new country entrants. Some of the proposed work programmes include firm well commitments.
Frontier areas on offer included the East Shetland Platform and the Rockall Trough and Mid-North Sea High areas which were the focus of the 2015 UK Government funded seismic acquisition programme. The OGA subsequently provided an openly available, geophysical dataset allowing companies to identify and target a range of opportunities.
Andy Samuel, Chief Executive of the OGA, said: “Despite the difficult climate, industry has responded strongly to our offer, using analysis and insights to identify new prospects and submit high quality applications on blocks that did not attract interest in recent licensing rounds. This confirms the high remaining potential in the UKCS’ frontier areas.
“Long standing investors continue to seek new acreage and we also welcome the arrival of new entrants. This is encouraging and supports the OGA and MER UK Exploration Board’s joint approach to revitalise exploration. The UK Government funded seismic programmes and the OGA’s ‘Innovate Licence’ were developed through an industry task group and offer a flexible, pragmatic and focused approach to licensing.
“Licences awarded will provide continued opportunities for our world-class service sector to develop technology and expertise, and ultimately, should provide new energy supplies to the UK.”
The upcoming 30th Offshore Licensing Round will cover mature areas of the UKCS, and will offer significant opportunities, including some blocks not available since the 3rd Licensing Round.
The recently completed 2016 UK Government funded seismic acquisition programme of South West Britain and the East Shetland Platform will inform future frontier licensing. More than 13,500 km of new seismic data plus approximately 20,000 km of reprocessed legacy seismic data is scheduled to be released to industry in Q2/Q3 2017. 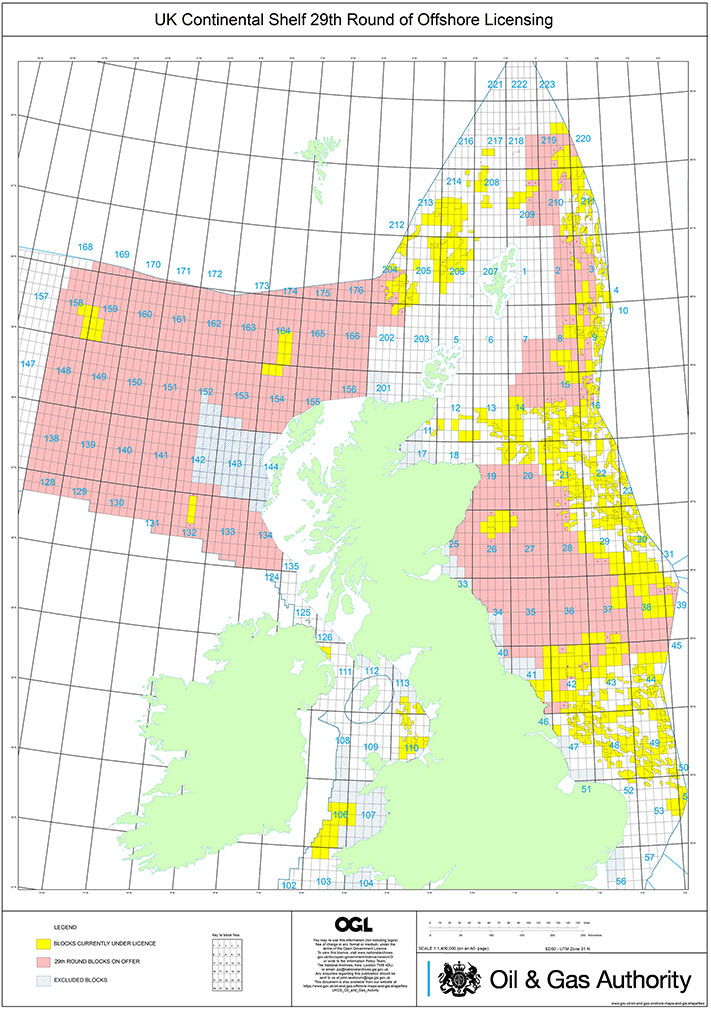