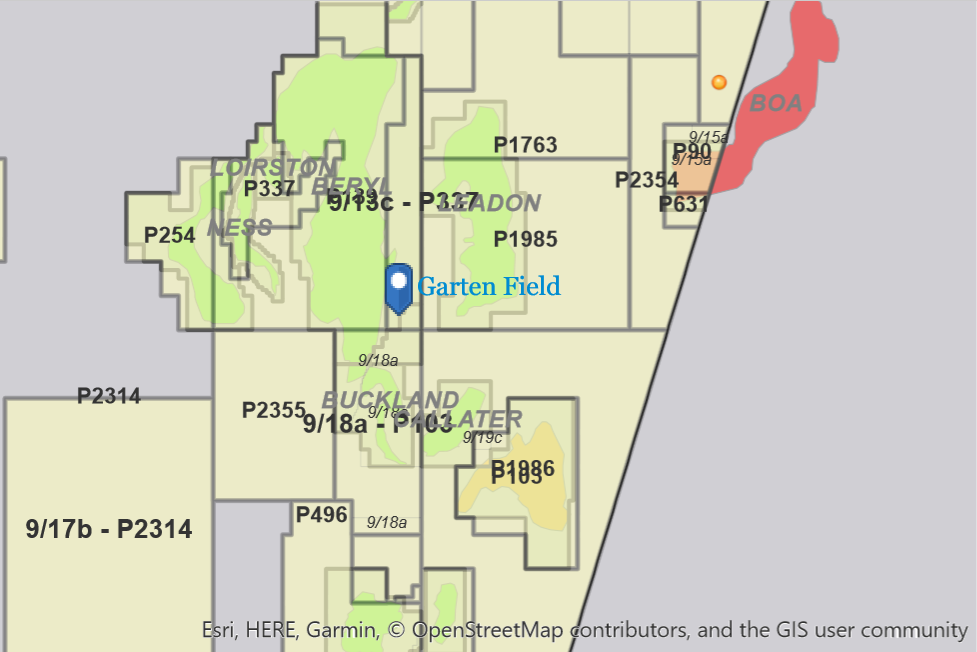 Apache Corporation announced it has initiated production from its Garten development on Block 9/18a Area-W on the UKCS. The discovery well, which is located 6 kilometres south of the Beryl Alpha Platform, was placed on production in late November, less than eight months after being drilled in March 2018.

The discovery well at Garten encountered a downthrown structural closure with 237m of net oil pay in stacked, high-quality, Jurassic-aged sandstone reservoirs. The well is currently producing from the Beryl sand at a rate of 13.7 thousand barrels of oil per day (MBOPD) and 15.7 million cubic feet of gas per day (MMCFPD). Two lower zones were also successfully tested, and all three zones will ultimately be commingled to maximize recovery.

The recoverable resource is expected to exceed 10 million barrels of light oil plus associated natural gas. Apache has a 100 percent working interest in the Garten development.

Jon Graham, region vice president – North Sea for Apache, said: “The Garten project is an excellent example of Apache’s strategy in the North Sea to focus exploration activity near operated facilities and leverage existing infrastructure. The pace of this project would not have been possible without the skills and expertise we have within our team and close collaboration with companies in our supply chain.”