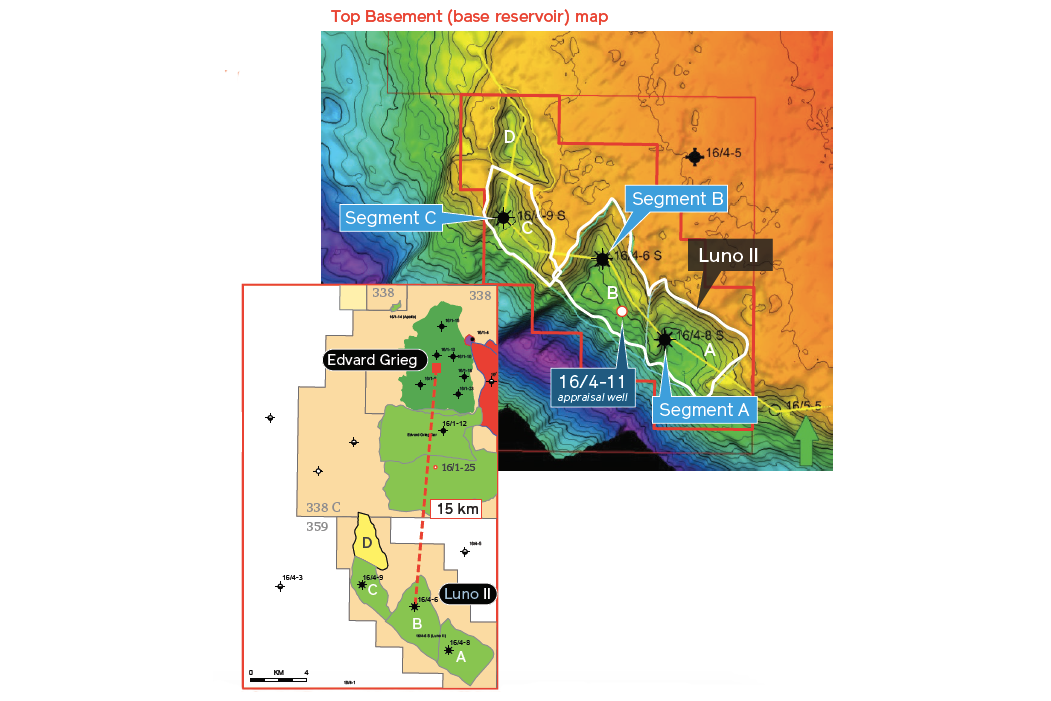 The appraisal well encountered a gross oil column of 22 metres in Triassic sandstone with very good reservoir quality, which is significantly better than expected. The oil-water contact was encountered at 1,947 metres below the sea surface. The entire reservoir, including the water zone, consists of sandstones with some conglomeratic sandstone intervals with a total thickness of about 400 metres. Extensive data acquisition and sampling have been carried out in the reservoir, including conventional coring and fluid sampling.Following these positive well results, the previous gross resource range for the Luno II discovery of 30 to 80 MMboe has been increased to between 40 and 100 MMboe. Development studies for Luno II will now be progressed with the objective of submitting a PDO around the end of 2018. The development concept for Luno II is a subsea tie-back to the nearby Edvard Grieg platform.Lundin Norway is the operator of PL359 with a 50 percent working interest. The partners are OMV with 20 percent and Statoil and Wintershall with 15 percent each.After completion of the Luno II appraisal well, the semi-submersible drilling rig COSL Innovator will proceed to drill appraisal well 16/1-28S on the nearby Rolvsnes oil discovery in PL338C. The main objective is to confirm commercial rates from a horizontal well that will be drilled in fractured and weathered basement reservoirs similar to the reservoirs currently producing in the northern area of the Edvard Grieg field. Rolvsnes is also considered a potential tie-back development to Edvard Grieg and success will further de-risk the larger area prospectivity, estimated to contain gross resources of more than 200 MMboe. Drilling and testing at Rolvsnes is expected to take 115 days.
Lundin Norway is the operator of PL338C with a 50 percent working interest. The partners are Lime Petroleum with 30 percent and OMV with 20 percent.
Pressemelding NPD