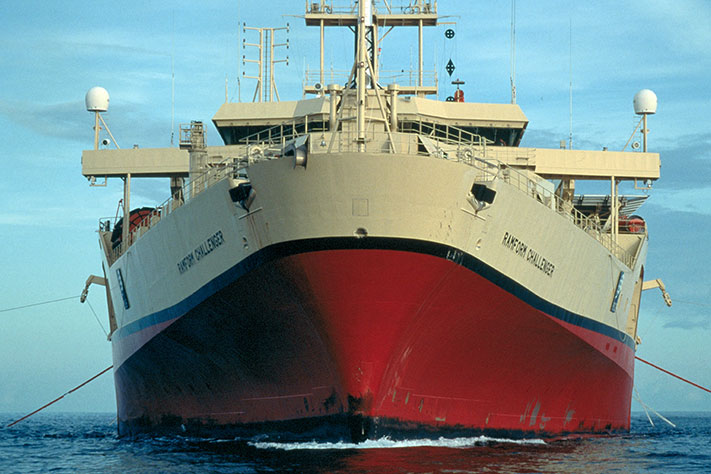 «With the gradual recovery of the oil price from its lows in early Q1, we are starting to see early signs of a stabilizing market and improving sentiment. We believe that this has started to impact our MultiClient performance positively. The marine contract market is still characterized by very low pricing, but here too we see indications of more predictable patterns in customer survey planning and contracting processes. Due to stacking of capacity, the seismic vessel supply/demand balance has improved substantially since this time last year.
Capital expenditures were relatively high in the quarter, primarily due to the yard installment at floating and equipment for our last new build, Ramform Hyperion. Of the guided $165 million in new build capital expenditures this year we have already incurred $140 million in the first half and thus our cash flow will be more balanced for the remainder of the year.
Our liquidity position is adequate and there are no material debt maturities until late 2018. With the amended maintenance covenant for the Revolving Credit Facility we have strengthened our ability to navigate beyond the trough of this cycle and created a substantial time window to address 2018 refinancing needs in tune with how the market develops. We continue to focus on what we can control through relentless sales efforts, strict cost discipline, operational excellence and capitalizing on the youngest and most productive fleet in the industry.»
Jon Erik Reinhardsen,
President and Chief Executive Officer

Outlook
The oil price and reduced oil company spending continue to impact seismic demand. Despite some oil price recovery and signs of an improved market sentiment, PGS expects the market uncertainty to continue through 2016.
Based on the current operational projections and with reference to disclosed risk factors, PGS expects full year 2016 gross cash cost at or below $700 million.
MultiClient cash investments are expected to be approximately $225 million, with a pre-funding level of approximately 100%.
40-45% of active 3D vessel time is currently planned for MultiClient acquisition.
Capital expenditures are expected to be approximately $225 million, of which approximately $165 million is for the new builds Ramform Tethys and Ramform Hyperion.
The order book totaled $230 million at June 30, 2016 (including $123 million relating to MultiClient), compared to $204 million at March 31, 2016 and $259 million at June 30, 2015.