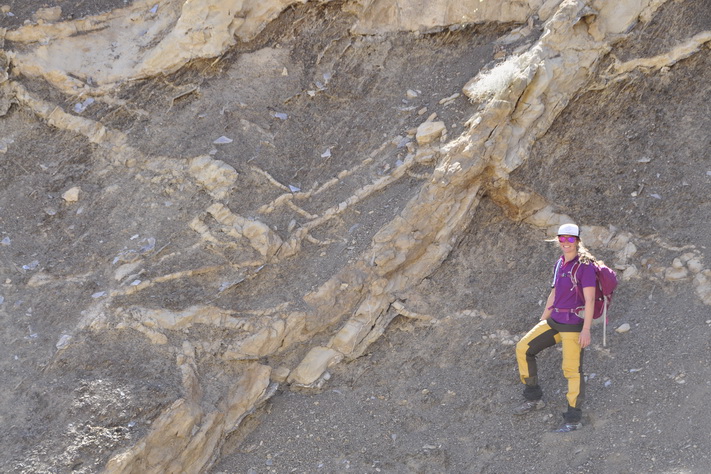 Some of the best reservoirs are found in sand injectites. On the NCS they represent an untapped potential. Foto: Frode Karlsen

Until the early/mid 1990’s sand injectites, and specifically sandstone intrusions, received little attention from industry or academia. When observed in core, sandstone intrusions they were typically interpreted as part of soft-sediment deformation processes that may or may not include granular-scale homogenisation.
In hindsight it is clear that many sandstone intrusions that are present in core were wrongly interpreted and misidentified or, went unnoticed.
In the early 2000’s sand injectites became more commonly identified and described. They are known to form as a result of very shallow pore-fluid overpressure causing regional hydraulic failure.

Seminar on INJECTITES
The next stop for our Hydrocarbon Habitats-series will be in Oslo on February 16th and in Stavanger on February 17th!
Register here
Fees

Following more than 15 years of outcrop data acquisition we are now in a stronger position to support subsurface interpretation and modelling.
In his presentation at Hydrocarbon Habitats February 16/17 (Oslo/Stavanger) professor Andrew Hurst will present some of the spectacular geology of sand injectites from the Panoche Giant Injection Complex (Danian) and Tumey Giant Injection Complex (Eocene) in central California.
The aim of this presentation is to place sand injectites in a petroleum geological context, to describe their seismic-scale characteristics when viewed at outcrop, to recognise internal structures and the processes by which they formed and, to consider their significance in petroleum systems.