He received the most votes in the public online voting of the four finalists.

The Young Petroleum Geoscientist Award was dedicated to identify outstanding young talents in the industry. Therefore, the whole community of geoscientists was invited to suggest candidates from March until end of April 2014.

Around Easter, the jury gathered in order to decide on the finalists. Since several splendid candidates have been suggested, the jury ended up with four instead of three finalists as planned, all with outstanding contributions to petroleum geosciences.

The four finalists besides Stian, were Olav Antonio Blaich from Bayerngas, Kari Langvik Østhus from Capricorn, and Tor Sømme from Statoil. 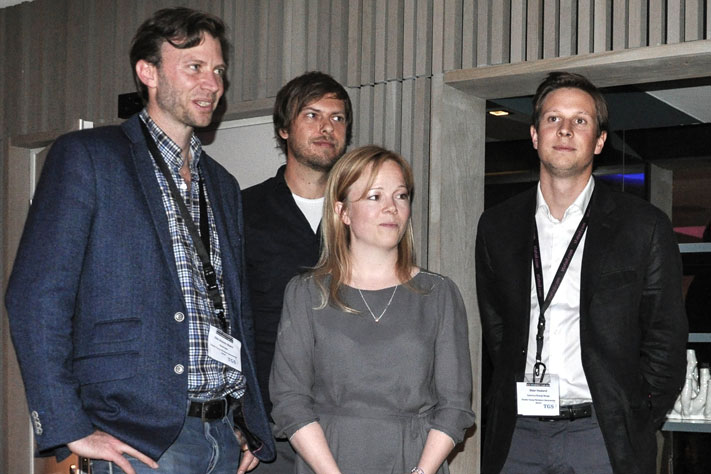 In an online vote on geonova.no, the geoscience community was invited to get to know the finalists and give their vote to their favorite. Altogether, more than 1,000 participated. Stian, who received the most votes, was announced as the winner of the YPGA at the Recent Discoveries & NCS Prospect Fair dinner. The award was presented by the president of the Geological Society of Norway, Tom Bugge. The proud winner received a boarding pass for a helicopter ride to a drilling rig, provided by Det norske.

Stian said: “I am overwhelmed and very proud! A visit to a drilling rig is such an exciting event for an explorationist!”