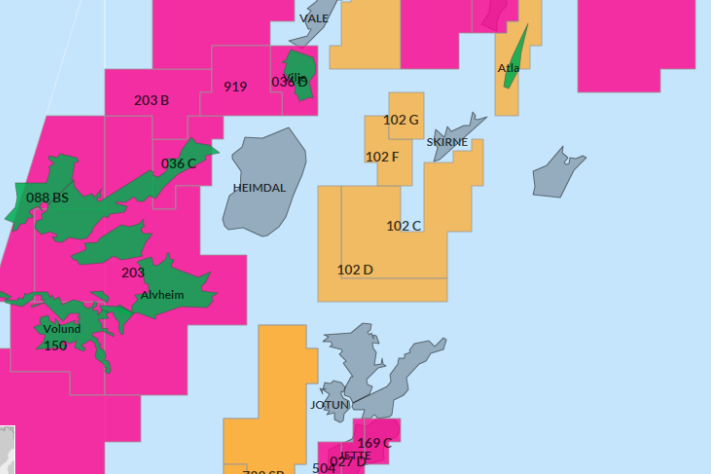 Aker BP came to an agreement with Total E&P at the end of July to acquire a portfolio of 11 licenses on the NCS. The closing of the transaction has now taken place.

The portfolio includes four discoveries with net recoverable resources of 83 million barrels oil equivalents («mmboe»), based on estimates from the Norwegian Petroleum Directorate.

Two of the discoveries, Trell and Trine, are located near the Aker BP-operated Alvheim field and are expected to be produced through the Alvheim FPSO.

The Alve Nord discovery is located north of the Aker BP-operated Skarv field and can be produced through the Skarv FPSO.

The Rind discovery is part of the NOAKA area where the total recoverable resources are estimated to more than 500 mmboe, and where Aker BP is working towards a new area development.

In addition to these discoveries, the transaction also provides the company with increased interest in exploration acreage in PL906 and PL907 near the Aker BP-operated Ula field. In PL906 the prospectivity includes the Skræmetindan prospect, which is located on the Cod Terrace in the Central Graben, with a Jurassic Ula Formation sandstone reservoir. The work programme consists of acquiring and reprocessing 3D seismic and a drill or drop decision by March 2020.