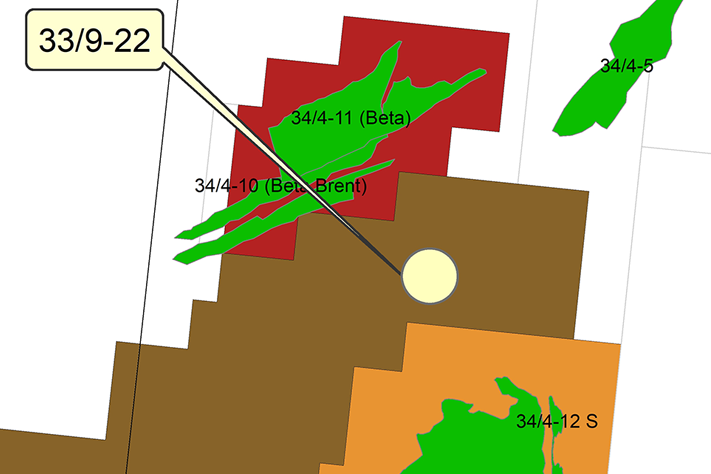 Drilling has reached the target depth on the exploration well 33/9-22 S (Faroe carried interest 30%) in licence PL 881.
The Goanna well has been drilled to a total depth of 2,730 metres. The well encountered approximately 49 metres of gross water bearing reservoir in the primary target, the Upper Jurassic Munin Formation sandstones.  Data acquisition including logging and pressure points has been carried out.
The Goanna exploration well, operated by Wellesley Petroleum (70%) using the semi-submersible drilling rig Deepsea Bergen, is now being plugged and abandoned as planned.  The well cost is expected to come in below budget and as such Faroe’s associated costs will be fully carried by its joint venture partner.

“While we are disappointed that no hydrocarbons were present in the Goanna prospect, the well provides important new data and information which will allow further evaluation of this new area for Faroe, and in addition the Company’s associated drilling costs have been fully covered.
“Our exploration programme continues with the Iris/Hades (Aerosmith) exploration well and Fogelberg appraisal well scheduled for the end of the year and the beginning of 2018, taking advantage of low drilling costs and Norwegian tax incentives.”
Pressemelding Faroe