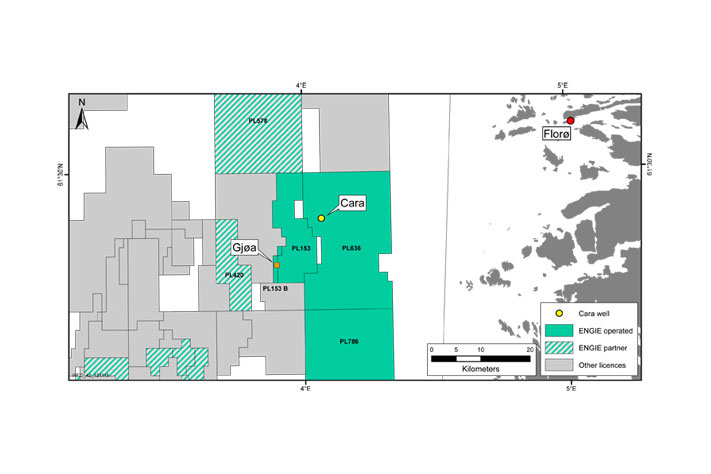 Wellesley has acquired a 20 % working interest in the license, which is located east of Gjøa in block 36/7 in the northern North Sea. The sale was completed 29 January.
ENGIE E&P Norge is by this reducing its interest in the license from 50 % to 30 %, balancing   the company’s ownership between the Gjøa- (PL 153) and Cara- (PL636) licences, while reducing the financial exposure.
The PL636 work programme is one firm well, and the exploration well is scheduled to be drilled this summer.
The operation will be conducted with the semi-submersible drilling rig Transocean Arctic.
In case of a commercial discovery, Cara is a potential tie-back to the Gjøa platform, which is operated by ENGIE E&P Norge.
License partners in PL 636 following this transaction are:
-ENGIE E&P Norge AS (30 % and operator)
-Idemitsu Petroleum Norge AS (30 %)
-Tullow Oil Norge AS (20 %)
-Wellesley Petroleum AS (20 %).
Les pressemeldingen i sin helhet på engie-ep.no