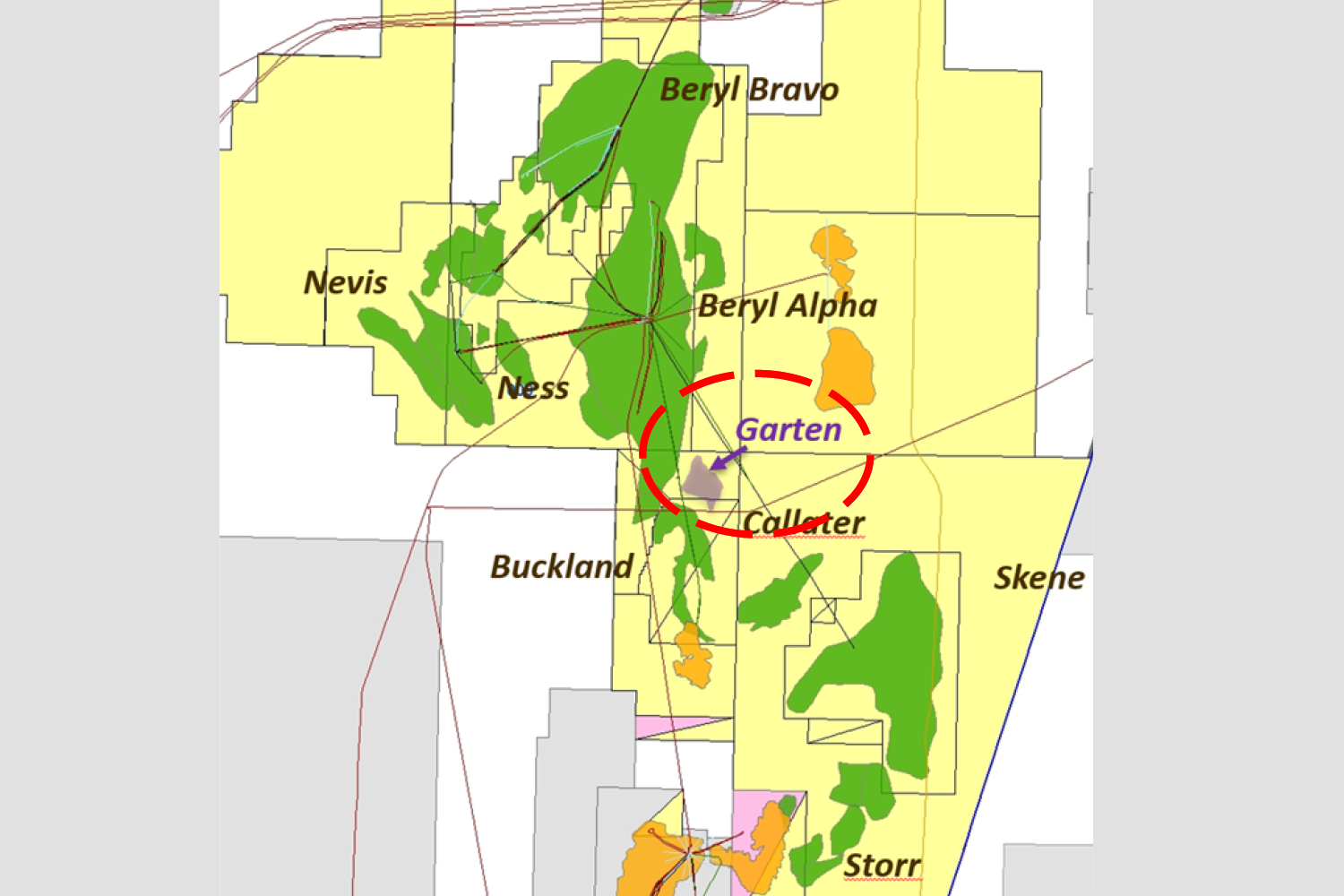 On March 23 Apache announced a significant oil discovery on Block 9/18a Area-W in the United Kingdom sector of the North Sea. Garten is located 6 kilometers south of the Beryl Alpha Platform.

The Garten discovery well targeted a downthrown structural closure and encountered more than 700 feet of net oil pay in stacked, high quality Jurassic-aged sandstone reservoirs. Recoverable resource is expected to exceed 10 million barrels of light oil, which is at the high end of pre-drill estimates. Apache has a 100 percent working interest in the Garten block.

John J. Christmann IV, Apache’s chief executive officer and president, said, «The Garten discovery marks our fourth commercial discovery in the Beryl area in the past three years spanning several play types ranging from the Tertiary to the Triassic. Apache’s strategy to focus on exploration near operated facilities is set to deliver significant production without the long cycle time of large scale projects.»

The Garten discovery well will be suspended as a future producer and tied back to the Beryl Alpha platform. Apache is working closely with the Oil and Gas Authority (OGA) to obtain the regulatory approvals to initiate production, which is anticipated in the first quarter of 2019.

Dr. Andy Samuel, chief executive at the Oil and Gas Authority said, «Garten marks the 2500th offshore exploration well on the UK Continental Shelf and is an excellent start for exploration drilling in 2018. Apache has created new opportunities by consistently investing in high-quality 3Dseismic data to uncover near-field prospectivity around the prolific Beryl Field. Modern data and the application of new technologies are key to stimulating exploration and successfully delivering the full potential of the UKCS.«

Jeff Towart from Apache will present the Beryl-discovery at NCS Exploration – Recent Discoveries 2018 on May 23.

Further talks in this session includes:

Read more about the conference program here and SIGN UP here.