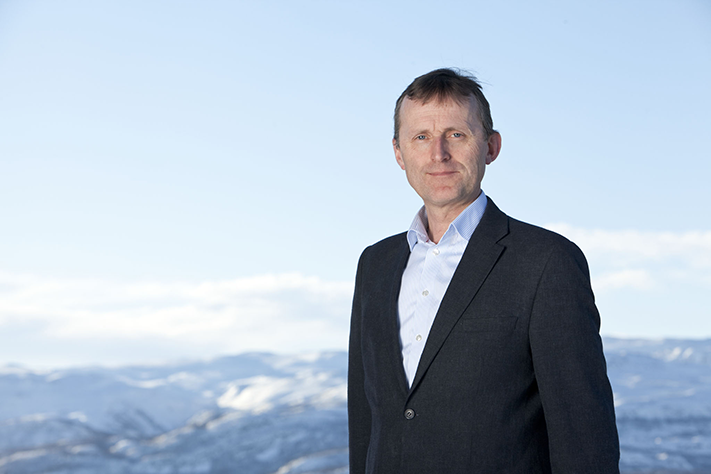 Pressemeldingen i sin helhet:
The Board of Directors of North Energy ASA («North Energy» or the «Company») has on 26 April 2016 adopted a proposal for a new corporate and management structure to strengthen the Company’s business model and its commercial platform.
The proposal requires the approval of the General Meeting pursuant to Section 3-8 of the Public Limited Liability Companies Act. The Board of Directors has therefore decided to hold an Extraordinary General Meeting on 18 May 2016. The planned new structure is also in part subject to approval from the Ministry of Petroleum and Energy pursuant to the Petroleum Act.North Energy intends to reorganise its activities and pursue a new business model based on active ownership to exploit investment opportunities in the oil and gas industry and related businesses. The purpose of the reorganisation is to create a more flexible and robust corporate structure which includes organizing its existing and new business segments in separate subsidiaries. Initially the Company will transfer all of its E&P related activities to North E&P AS (formerly Explora Petroleum AS).
As a key part of its new strategy, North Energy will also strengthen its management resources. The Company has negotiated an advisory agreement whereby the Company will outsource certain strategic, financial and business advisory services to North Advisors AS («North Advisors»), which is an advisory company to be owned by a group of key stakeholders of the Company, consisting of Anders Onarheim, Rachid Bendriss and Didrik Leikvang. The management team of North Advisors currently owns directly and indirectly 14.3 per cent of the shares in North Energy. As remuneration for its services, North Advisors will receive a fee equivalent to 2 per cent per year based on the consolidated book equity of the North Energy.
To facilitate the new corporate structure North Energy, a new subsidiary of North Energy to be named North Energy Capital AS («NE Capital»), and North Advisors will enter into a transaction agreement whereby North Energy will transfer substantially all of its financial and operational assets to NE Capital. Settlement of the transaction shall be made through a consideration of new preference shares and 80 per cent of the ordinary shares in NE Capital. North Advisors will hold the remaining 20 per cent of the ordinary shares. The preference shares held by North Energy will be redeemed over three years and the Company intends to use the proceeds received as dividend payments to shareholders in North Energy.
The objective of the new corporate structure is both to demonstrate existing values in the Company as well as to generate returns through new investment opportunities based on both its existing and new business segments.  The Board of Directors of North Energy believes the restructuring will be attractive for the Company’s shareholders and presents the best solution overall in light of the significant strategic challenges faced by the Company.
The new structure is a result of the Company’s strategic review, which has been ongoing since December 2014. As a small exploration company focused on the Norwegian Continental Shelf, North Energy faces major strategic challenges and a lack of attractive investment opportunities. On 17 February 2016, the Company amended its articles of association to facilitate investments in a broader range of activities outside its traditional focus on exploration, development and production of oil and gas resources. The Board of Directors of North Energy believes the current dislocation in energy markets will present attractive investment opportunities and will evaluate opportunities within the new scope of its articles of association including activities within other energy forms and oil services.
The Company will focus on strategic opportunities where substantial influence and control can be exercised. Further, the Company intends to pursue consolidation opportunities related to energy assets and companies, which may include partnerships with financial investors or industrial joint ventures within the oil and gas business. The overall goal of the new corporate and management structure shall be to maximize the value of the Company’s business for the benefit of shareholders.
Since the agreements are concluded with related parties of shareholders and of the Chairman of the Board, and the fair value of the Company’s consideration exceeds one twentieth of the share capital at the time of the agreements, the Board has received a report from Kjelstrup & Wiggen Consulting AS fulfilling the requirements pursuant to Section 3-8 of the Public Limited Liability Companies Act. The Board has also obtained a valuation report from Pareto Securities AS dated 18 April 2016 in respect of certain of the assets transferred to NE Capital.
Please find attached the notice of Extraordinary General Meeting with relevant appendices.

Call for Papers DIGEX is the conference on digitalization for the geoscience community and surrounding industries in Norway. At the conference, we look at how digital technology is enabling the oil

DIGEX is the conference on digitalization for the geoscience community and surrounding industries in Norway. At the conference, we look at how digital technology is enabling the oil & gas industry to change the way geoscientists work, across teams, companies and license partners.

At the conference, we look at concrete examples of how companies are embracing the possibilities in digitalization and how they are changing their workflows and approaches to the entire value chain from a subsurface perspective.

© 2019 GeoNova AS All rights reserved.
X
We use cookies to ensure that we give you the best experience on our website. If you continue to use this site we will assume that you are happy with it.Ok