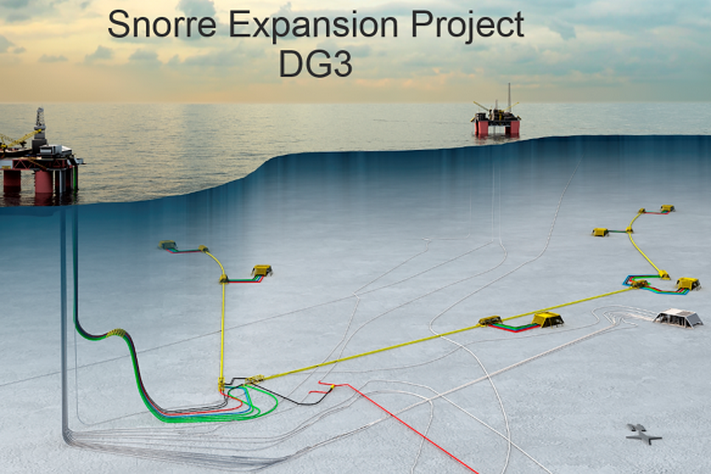 The PDO for the Snorre Expansion Project has been approved by the ministry. That means the field will produce for another 25 years.

The Snorre Expansion Project will increase recovery from the Snorre field by almost 200 million barrels and extend the field life beyond 2040. The plan was delivered in 2017 (geo365: «Snorre: Mer olje med IOR») and has now been approved by the Ministry of Petroleum and Energy.
Snorre Expansion Project is the largest project for improved recovery on the Norwegian continental shelf. The project involves a comprehensive subsea development, upgrading of the Snorre A installation, increased gas injection and gas import for injection, Equinor says in a press release.

The Snorre field was originally estimated to produce until 2011–2014. Now the field life has been extended beyond 2040, and the recovery rate increases from 46 to 51 per cent.