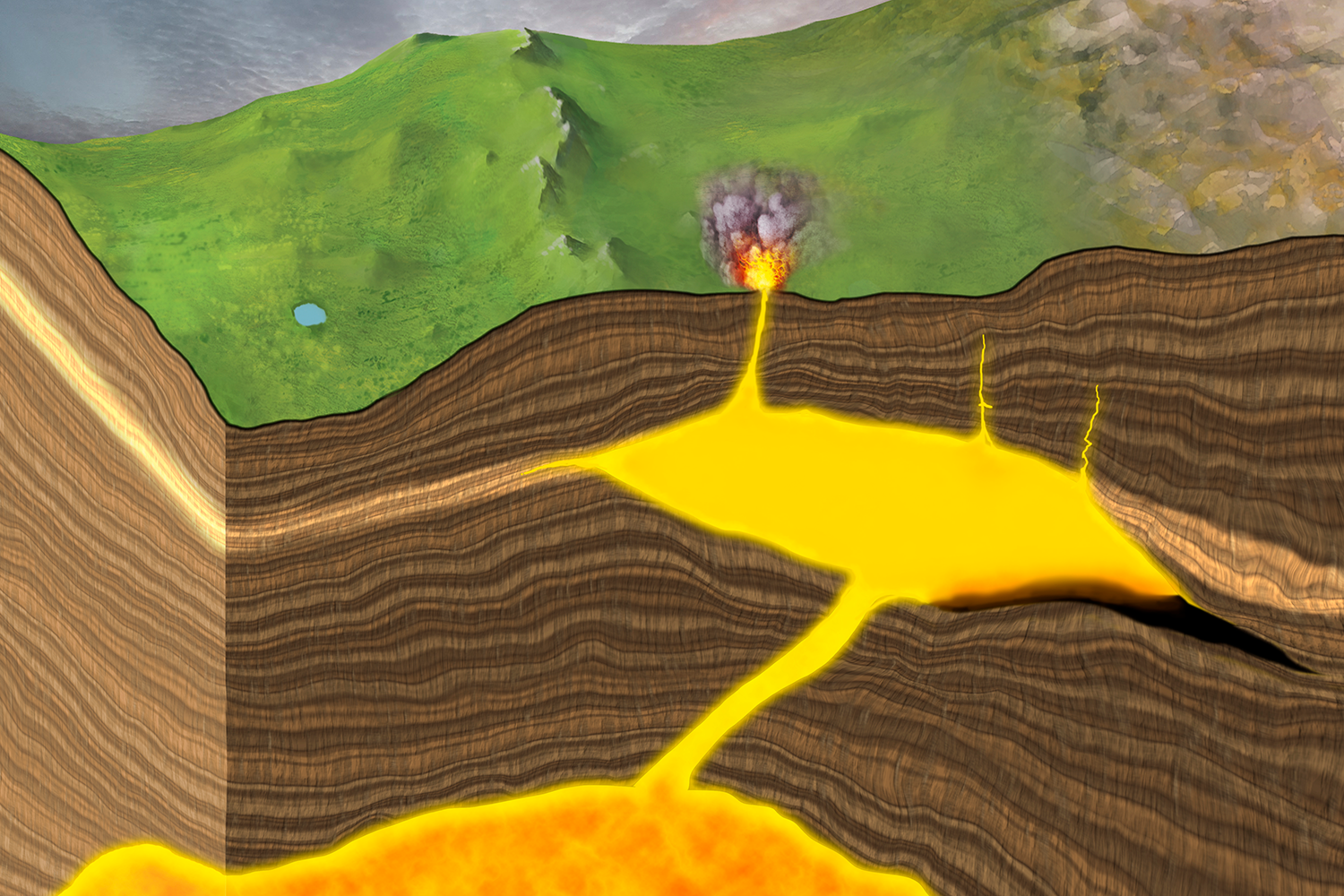 Schematic representation of the formation of iron ore deposits beneath a volcano. Magma rises towards the surface of the Earth through cracks in the surrounding rock. When the magma cannot continue its upward journey, it pools in a magma chamber (yellow oval). The temperature and pressure in this reservoir make the magma unstable, causing it to split into two separate liquids – one that is rich in silica and one that is very rich in iron. As the iron-rich liquid starts to cool, it forms iron ore deposits (in black). © Mark A. Garlick

Geologists have discovered that some magmas split into two separate liquids, one of which is very rich in iron.

Their findings can help to discover new iron ore deposits for mining.

Iron ore is mined in about 50 countries, with Australia, Brazil and China as the largest producers. It is mostly used to produce the steel objects that are all around us – from paper clips to kitchen appliances and the supporting beams in skyscrapers.
Most iron ore deposits are found in sedimentary rocks. Others are mined in volcanic complexes such as El Laco in Chile and Kiruna in Sweden. These iron ore deposits, called Kiruna-type deposits, account for about 10% of the global production of iron, yet nobody knows how they are formed. 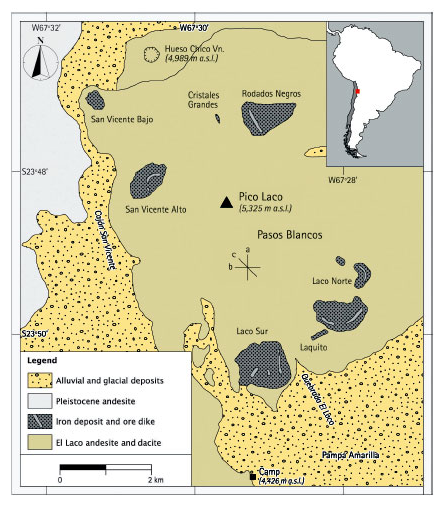 In Nature Communications, an international team of researchers from institutions including KU Leuven (Belgium), Leibniz University Hannover, and ULiège present the first evidence that these iron ore deposits are formed when magma splits into two separate liquids.
“Previous studies have always focused on the texture or the composition of natural rocks. We were the first to actually reproduce magmas in the lab such as the ones found in El Laco,” says last author Olivier Namur from the Department of Earth and Environmental Sciences at KU Leuven, Belgium.
“We wanted to reproduce the conditions found in magma chambers, where molten rock accumulates when it cannot rise to the surface of the Earth. This is also where the iron ore deposits beneath volcanoes are formed, so reproducing the temperature and pressure of the magma chambers seemed well worth examining.”
“We produced a mixture of iron-rich ore samples and typical lavas surrounding Kiruna-type deposits. This created a bulk magma composition that we believe exists in the deep magma chamber beneath volcanoes. We placed the mixture in a furnace and raised the temperature to 1,000-1,040°C. We also increased the pressure to about 1000 times the atmospheric pressure of Earth. These are the conditions of a magma chamber.”
“We were surprised to find that, under these conditions, the magma split into two separate liquids. This process is known as immiscibility. Just think of what happens when oil spills into the ocean: the water becomes streaked with oil because oil and water cannot mix.”
One of these liquids contained a lot of silica, whereas the other was extremely rich in iron – up to 40% – and phosphorus. When this iron-rich liquid starts to cool down, you get iron-phosphorous Kiruna-type ore deposits. 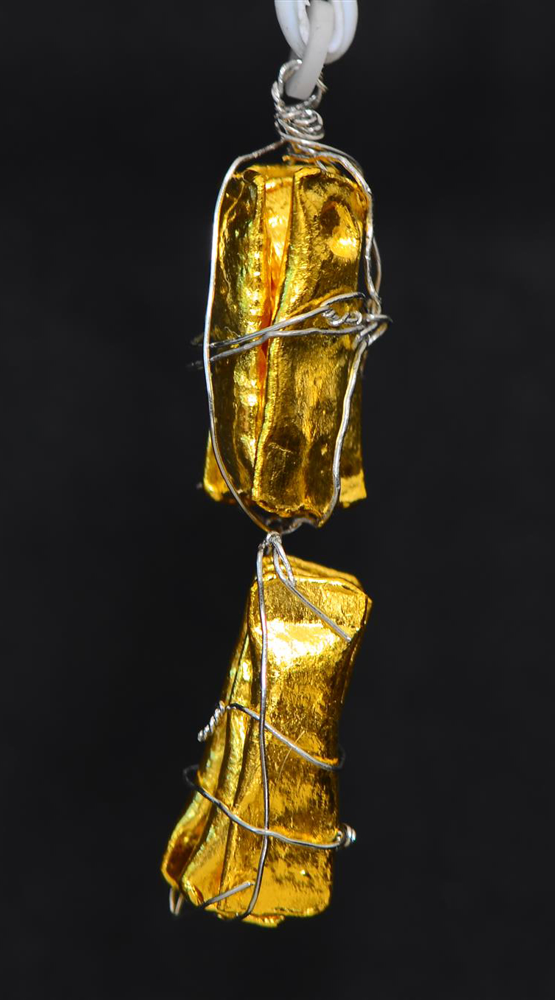 The samples were placed in small golden capsules – with a melting point of 1,064°C – and subjected to temperatures of 1,000-1,040°C and one thousand times the atmospheric pressure of Earth. © Lennart A. Fischer

This is the first evidence that immiscibility is key to the formation of iron ore deposits such as the ones mined in El Laco. «If we’re right, these findings may help to find new iron ore deposits. This is necessary to keep up with the global demand for iron: recycling alone is not enough yet. And if you want to know where to look for iron ore, you have the understand how the deposits are formed.”
KU Leuven