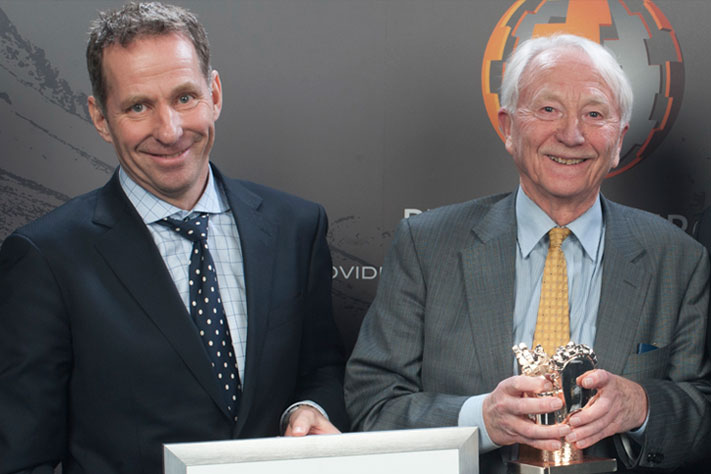 Her er juryens begrunnelse: “This person has probably shaped the Norwegian oil industry more than any other single person – as a politician, top manager and advisor. He is known to focus on the “highs” – høydedragene – with a caring heart for the broader society. Still, he was clear as a manager and not afraid to confront even Kåre Willoch or CEOs of Mobil and others when needed. He grew up in Hamar and completed three educations before he was 26: NHH in Bergen, Macro economy in Kansas and law in Oslo.

After ten years with Hydro, alongside with political positions under Finn Lied and Jens Christian Hauge, he was the main architect and the natural candidate to lead a new national oil company in 1972. He thought that “Statoil” could be a proper name, and led Statoil from 1972 to 1988, building up the company from a one-man show to a leading oil company to the benefit of the Norwegian society and admired internationally.

His achievements include getting 50 percent ownership and taking over the operatorship of Statfjord, taking the risk to cross the uncrossable Norskerenna with a pipeline to Kårstø and being the sole operator at the giant Gullfaks development.

Also during his years, Statoil drilled 532 exploration wellbores and found 70 percent of all of Statoil’s resources in Norway. Since 1988, the lawyer we talk about has continued his profound influence as a UN advisor on energy, the government’s advisor e.g. for Støre on the High North, and with numerous projects for companies and governments.”