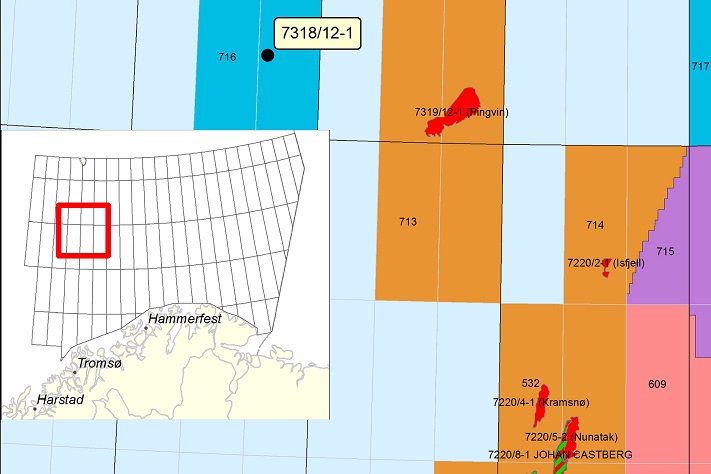 The primary exploration target for the well was to prove petroleum in Middle and Lower Jurassic reservoir rocks (Stø and Nordmela formations). The secondary exploration target for the well was to prove petroleum in Upper Triassic reservoir rocks (Fruholmen and Snadd formations), which was contingent on the success of the first target.
The well encountered about 60 metres of dense sandstone rocks in the Stø og Nordmela formations but did not find hydrocarbons.
The structural framework was similar to that of Johan Castberg, about 80km to the south east: well defined fault blocks on the margin of the Bjørnøya Basin. The uncertainties were related to reservoir development, reservoir quality and hydrocarbons in the trap.
The prospect was by many considered “high risk – high reward” and a potential “play opening well”.