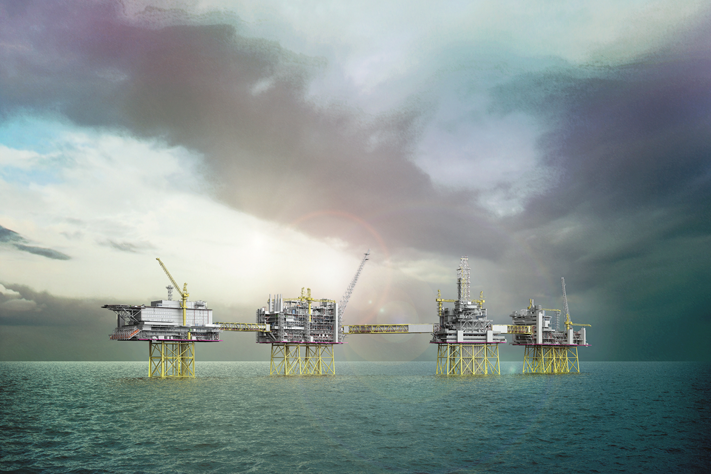 The Johan Sverdrup development is now nearly 70% complete, which is according to plan, and investment costs are continuing its positive trend, skriver Statoil i en pressemelding.
Total investments in Phase 1 of the project are currently estimated at NOK 88 billion, which amounts to a reduction of NOK 35 billion or close to 30 percent since the plan for development and operation (PDO) was approved in August 2015.
Break-even oil price is reduced to below USD 15 per barrel for the first phase of the Johan Sverdrup project.
Since the PDO for the first phase was submitted, the range of the full-field resource estimate has improved from 1.7 – 3.0 to now 2.1 – 3.1 billion barrels of oil equivalents.

“Johan Sverdrup is benefiting from the drilling and well improvement programme in Statoil. We’ve drilled more wells than planned, more than one year ahead of plan, which has contributed greatly to cost reductions in the project. The wells also make our production plans even more robust and have improved our knowledge of the reservoir. Based on this, we are now able to increase the resource estimate for Johan Sverdrup further,”says Margareth Øvrum, executive vice president for Technology, Projects & Drilling in Statoil.

The Johan Sverdrup project will be developed in several phases, and the PDO for phase 2 will be submitted to Norwegian authorities in the second half of 2018. Further maturation has reduced the estimated investment costs for phase 2 to below NOK 45 billion.
With this, the break-even oil price for the full-field development of Johan Sverdrup has been improved to below USD 20 per barrel.