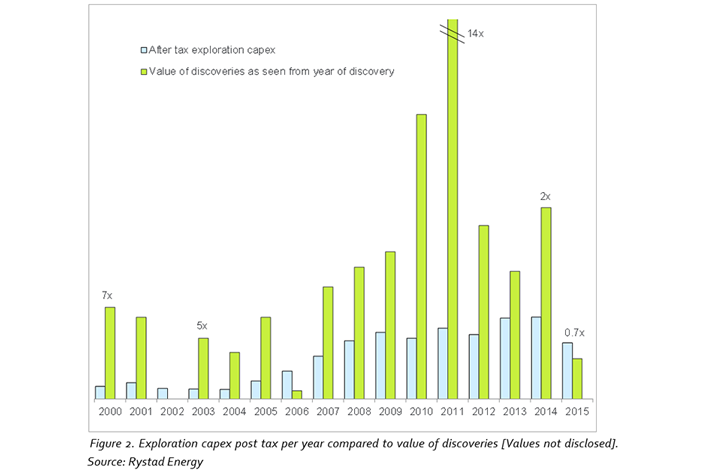 Recent value creation from exploration on the NCS has been considerable, and most companies have discovered assets worth more than their investments.

New analyses made available by Rystad Energy has estimated the accumulated value creation multiple per year on the NCS – as the relationship between the value of discoveries in the discovery year and the exploration investments after tax (Figure 2).
The clear conclusion is that considerable value has been created from exploration on the NCS.

This topic wil be highlighted during the forthcoming NCS Prosepcts – The Exploration Strategy Conference – November 1-2 this year.

Only in the dismal year 2015, the value of discoveries was less than the exploration investments.
The analysis also shows that during the years since 2010, more than half of the exploration companies on the NCS have created value by discovering assets worth more than their investments after tax.