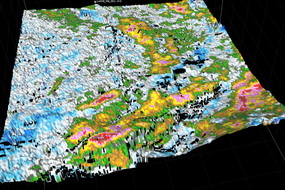 Extensive use of geophysical data made possible the discovery of Pil and Bue earlier this year. The geophysical tools and methods used for maturing the initial geophysical observations into the drillable Pil & Bue prospects will be discussed in the forthcoming half-day seminars.

The PL 586 license was awarded in APA 2010 with VNG Norge as operator. Since then, extensive G&G work has been carried out in order to mature the Upper Jurassic Leads into drillable prospects finally leading up to the discoveries in Pil & Bue in 2014. The subsurface understanding was driven by both geological and geophysical studies and was greatly enhanced by Seismic Data Analysis (SDA) of the prospects and the identification of a flat spot in Pil.

Learn more about the Pil » Bue discovery at the Hydrocarbon Habitats half-day seminars in Oslo October 21 and Stavanber November 5.