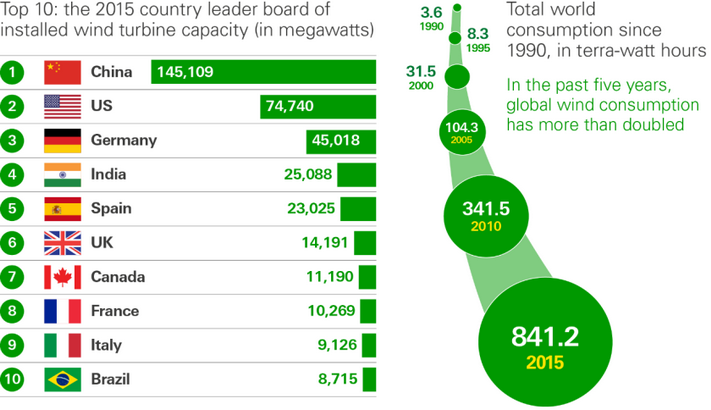 The fastest-growing source of energy last year was renewable energy used in the power sector, increasing by more than 15% and led by strong growth in wind and solar.

This continued the story that we’ve been seeing for several years now – fast falls in the cost of wind and solar power driving strong demand growth.

Coal consumption fell sharply in 2015, recording its largest decline on record. That reflected factors on both the supply and demand sides.

On the supply side, strong growth in US shale gas crowded out coal within the power sector, leading to big falls in coal consumption there.

On the demand side, the main driver was China. A shift in the structure of the Chinese economy away from the industrial sectors, that tend to be very coal-intensive, caused its coal consumption to fall for the second consecutive year.