As part of the preparations for the 23rd licensing round, PGS received a contract for collecting 3D seismic in area A in the Barents Sea southeast. The collection of approx. 10,000 km2 was organized as a group shoot with Statoil as operator. Those companies that did not participate in this virtue (2014) can today purchase the data from PGS’s multi-client library. In addition, PGS has collected 3D CSEM over Area A as well as the 3 other areas within the Barents Sea southeast where 3D seismic was collected. This arbitrary line through licensed, nominated and open blocks in the Barents Sea South East highlights prospectivity at multiple levels. 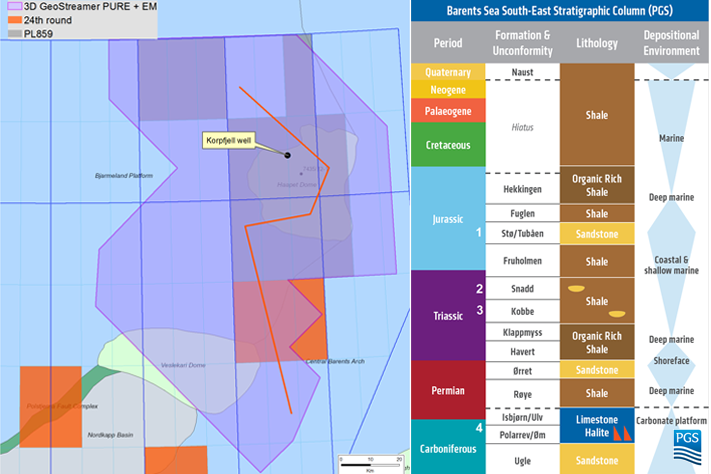