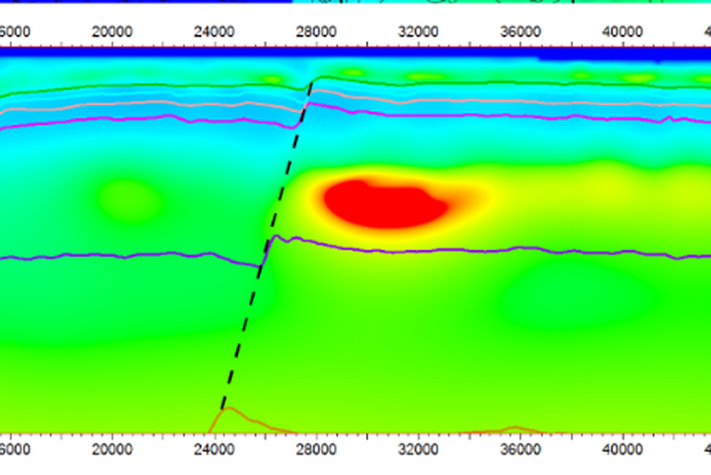 The 3D CSEM inversion above Korpfjell indicates a high-resistive feature in the Triassic where no hydrocarbon targets had been initially considered. The lateral extent of the anomaly has good conformance with structure and terminates at the main bounding fault. (c) Rosneft/EMGS

Statoil will give their own account of the Korpfjell prospect at the NCS Exploration - Recent Disocveries conference in May.

Well 7435/12-1 encountered a 34-metre gas column in the Stø formation, of which 28 metres were in sandstone with good to very good reservoir quality, NPD says in their press release following the completion of the well.

Statoil will present the prospect and the well at the NCS Exploration – Recent Discoveries conference May 23-24.

Preliminary estimates place the size of the discovery in the Stø formation between 6 and 12 billionSm3 of recoverable gas (up to 75MMboe). As of today, the discovery is not profitable to develop.
In the Korpfjell Deep prospect – to be drilled this year – a full Triassic section will be tested. The first well in the licence also drilled into the Triassic encountering the Snadd formation with aquiferous sandstone layers with moderate reservoir quality . Sandstones with poor reservoir quality were encountered in the Kobbe formation, of which some sandstone layers contained gas.
Lundin Norway estimates the Korpfjell Deep prospect may contain some 200MMboe. The company estimates the chance of succes is only 8%.

Register for the conference.