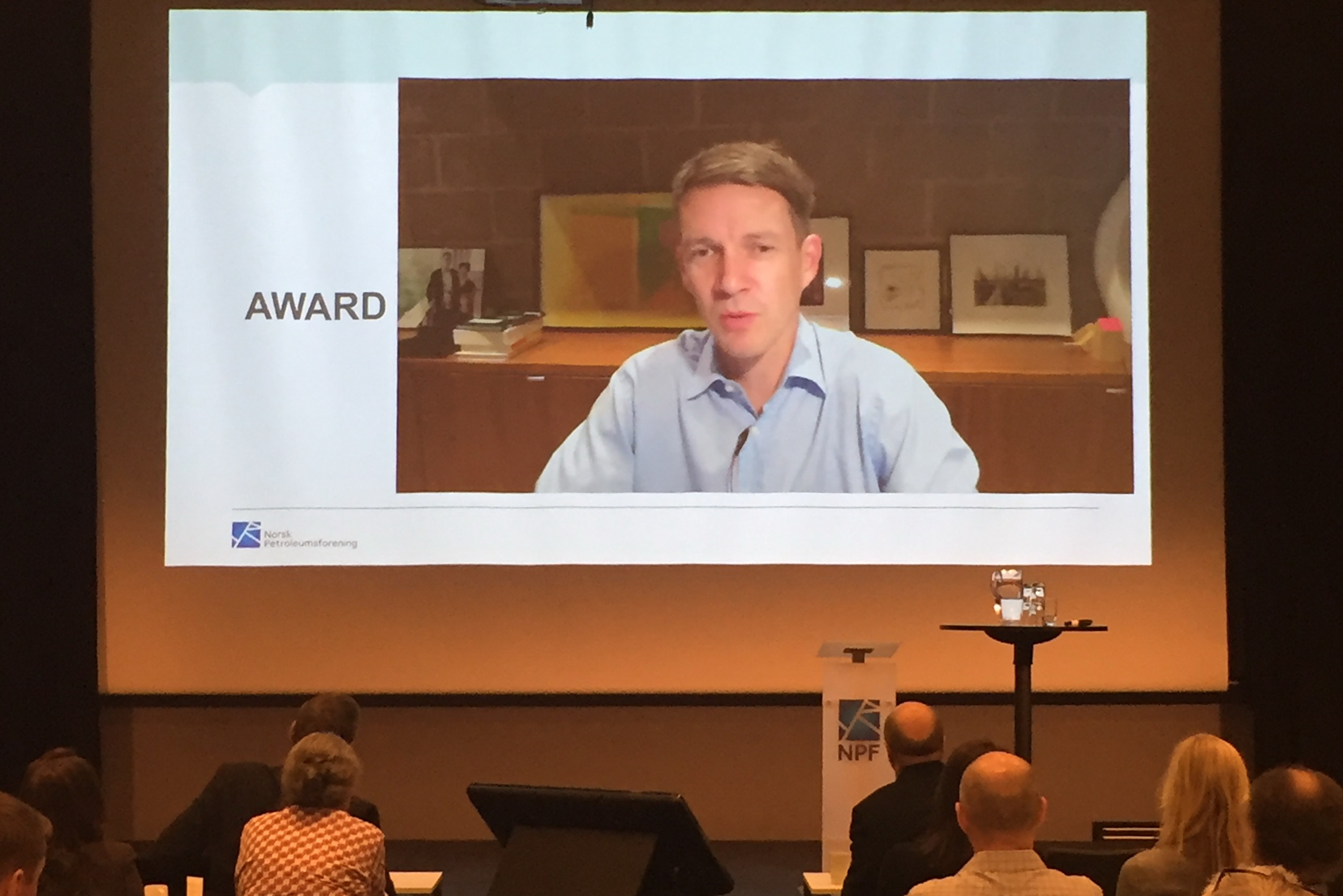 Geophysical award 2018 Sverre Brandsberg-Dahl
The Norwegian geophysical award 2018:
The price is given to one or more persons which are closely associated with Norwegian companies or institutions.
The award was given for the first time in 1985, and there has been 23 previous winners.
It is sponsored and organised by WG.
This years committee has consisted of Trond Skjærven (WG), Gunhild Myhr (PGS), Martin Landrø
(NTNU) and Terje Dahl (Statoil), leader
The 2018 winner:
Graduated from NTNU in 1997 within geology and applied geophysics. His main advisor then was Professor Bjørn Ursin
Internship with Amoco which he claims was important for his career
He continued with his PhD at Colorado School of Mines under supervision by Maarten V. de Hoop and finalised his thesis on Imaging-Inversion and Migration Velocity Analysis in the
Scattering-Angle/Azimuth Domain in 2001.
He was in BP from 2001 to 2007. Then he among many other things worked on imaging, FWI and BP’s first LOFS 4D, and WATS.
In 2007 he started in PGS, and from then until 2013 he was section and department manager for Processing and Imaging R&D. He was a key contributor to complete a new toolkit for PGS’ imaging business. This included the hyperBeam platform, SWIM, FWI and the world’s first industrial implementation of 3D angle gathers from RTM.
In 2013 he became global chief geophysicist for imaging and engineering, still at PGS. Responsible for implementing processes and systems to ensure globally consistent service-delivery and geophysical quality, now also including software and computer technology.
The candidate has a long history in developing and implementing geophysical technology, and he has many international publications and presentations.
I am, on behalf of the committee, very happy to give the geophysical award for 2018 to Sverre Brandsberg-Dahl.