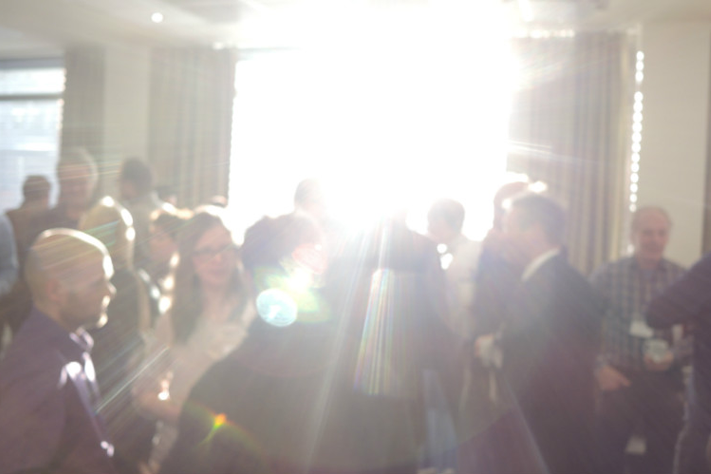 Sweetest spot in the Barents

Where would you put your money to drill in the Barents Sea, we asked in the panel discussion at the last Hydrocarbon Habitats-seminar of the season.

Se hele paneldebatten på youtube.com
Where would you put your money to drill in the Barents Sea, Geir Elvebakk was asked during a panel discussion at the Hydrocarbon Habitats seminar in Oslo December 10th.
The experienced geologist, now independent, answered in the blink of an eye – Obelix.
-There could be 70 meters of oil in a structure 25 kilometers wide and 60 kilometers long, said Elvebakk, optimistically referring to it as the next Oseberg.
The Obelix prospect, located west of the Loppa High, has indeed the potential to hold vast amounts of oil in chalk formations. However, when it was drilled by Norsk Hydro in 2005, the results concluded that it was a technical discovery and that the hydrocarbons present could not be produced.
According to Elvebakk, the Obelix prospect has since gone undrilled possibly because oil companies lack good knowledge on carbonate reservoirs.
–  Carbonates are complex reservoirs with a lot of variability and different types of porosity. We are still in the beginning of understanding carbonates as reservoir rocks, confirmed Jon Halvard Pedersen from Lundin Norway.
He went on to say that Lundin is aiming to better understand the carbonates in the Barents Sea, and that the Gohta discovery has encouraged the oil company to also look for carbonate rocks elsewhere around the Loppa High.
There was an agreement among the panelists that source rocks are not an issue in the western part of the Barents Sea.
–  We believe in the source rocks. The reservoirs are the critical part around Loppa High. Go back to the play models and ask yourselves “where is the sand”, Brandsegg said.
Also Torbjørn Throndsen in Torena AS agreed on the source rocks.
-If you take all my maps containing different elements of the source rocks, such as charge, maturity, timing of expulsion etc., one area will light up in green colors: the western part of the Loppa High. It is the sweetest spot of the Barents Sea, concluded Throndsen, and pointed to the fact that 90 per cent of the oil reserves in the Barents Sea are found in this area.
But are there other areas in the Barents Sea that could hold a giant?
–  There are some dome structures in the southeastern parts of the Barents Sea that has the volumes to be giants, but we believe any hydrocarbons there would be gas. Gas is not that interesting as it is expensive to transport gas from the Barents Sea to the consumers, said Pedersen.
Elvebakk also considered the Finnmark Platform to be an area of interest, mainly because of the large sediment volumes that we know exist there.
–  It is difficult to find any good structures (traps), but there are possibilities for stratigraphic traps, Elvebakk explained.
The northern part of the Barents Sea is not opened up for petroleum activities yet. Still, Throndsen believe that this is an interesting area as well, based on his expertise on source rocks.
-We know the Steinkobbe Formation source rock is present in the north. Follow Steinkobbe, and you will find the traps you need. There are several oil windows in that area, it should be promising, Throndsen said.
Pedersen agreed that the northern parts are interesting, and explained that Lundin are interested in maturity models and maps to better understand the potential.
–  But let us develop the southern parts first, before we move further north, Pedersen said.
Dag Karlsen, professor at the University in Oslo, sat in the audience and was asked about his view on the topics debated at the panel discussion.

Also the eastern parts of the Barents Sea could be prolific, and Karlsen saw long distance migration from deep basins in Russia as a possibility there.
Pedersen replied that Lundin has not encountered any long migration oils in the Barents Sea, and that the oil often migrate distances of no more than 15 kilometers.