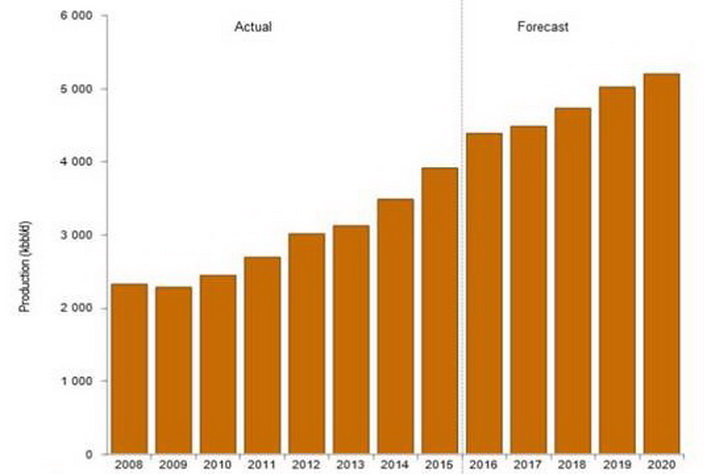 Rystad Energy analysis shows that Iraqi crude oil production for 2015 was approximately 3.9 million barrels per day, up by 12% from 2014.
The 2016 production level is expected to exhibit similar growth as in 2015.
From 2017, the growth rate will slow down to an average year-on-year increase of 4%, predominantly as the first phase of the redevelopment of mature oil fields has now been completed.
Recent Discoveries 2016.