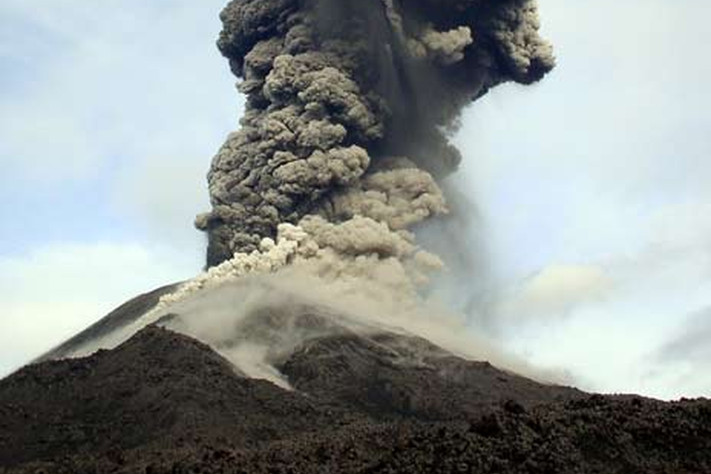 August 27, 1883: First, three small eruptions were registered early in the morning, and then, at 10.02 A.M., the volcano Krakatoa in the Sunda Strait between Java and Sumatra in Indonesia exploded with catastrophic force.

The blast was heard in far-away places like Australia and India, and it turned out to be the second largest eruption in modern times. Only the Tambora explosion in 1815 on the island of Sumbawa east of Java has been larger. The famous eruption at Mount Vesuvius in 79 A.D., that buried the towns of Pompeii and Herculaneum, was dwarfed.

Indonesia has over 130 active volcanoes, more than any other country on earth. The great majority of them lie along the topographic crest of the arc’s two largest islands – Java and Sumatra. They comprise the axis of the Indonesian island arc system, which is generated by northeastward subduction of the Indo-Australian plate below the Eurasian plate.

Three months before the deadly eruption, people noticed the first signs of volcanic activity. Thunder, crackling and tremors could be felt in the strait, a sulphurous smell filled the air, and volcanic ash began to drift across the sky.

The resulting tsunami was bigger than the 2004 tsunami that struck Indonesia and which had such devastating consequences. In the wake of the eruption over 36,000 lay dead. In addition, almost 5000 were killed as a result of falling debris and hot pyroclastic flows.

Numerous volcanic outpours have happened both before and after the 1883 explosion. Since 1927, small eruptions have been frequent and the top of a new volcanic island rose from the waters, Anak Krakatau (Child of Krakatau), and it has been growing ever since. In 1960, Anak Krakatau had a diameter of about 1.5 km and was more than 160m tall.

Krakatoa is located along «The Ring of Fire» which is a zone of frequent earthquakes and volcanic eruptions that encircles the Pacific Ocean. It is associated with a nearly continuous series of oceanic trenches, island arcs, and volcanic mountain ranges. 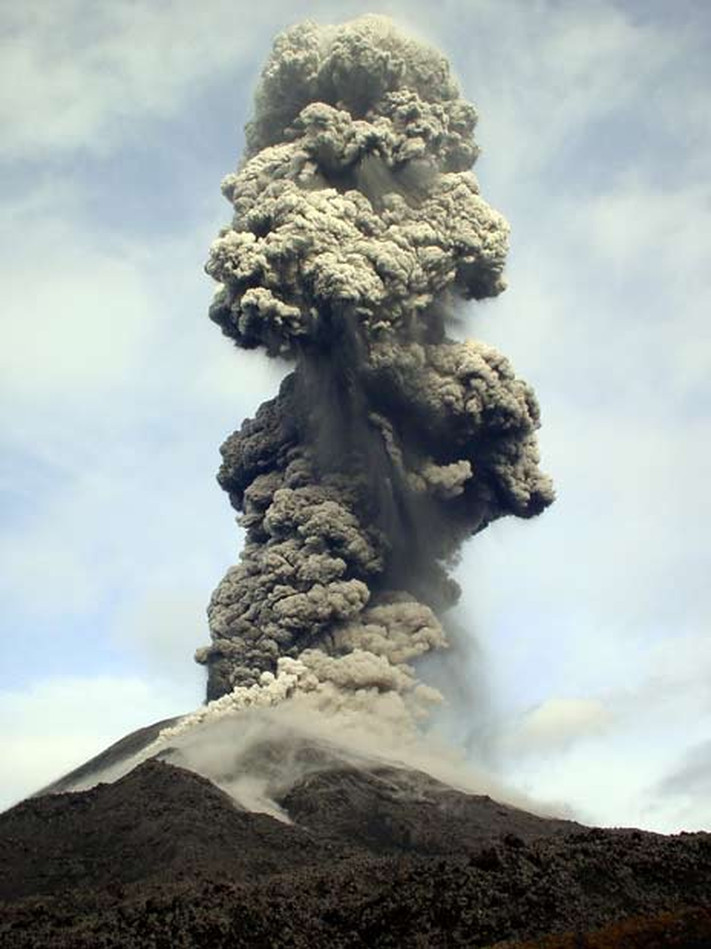