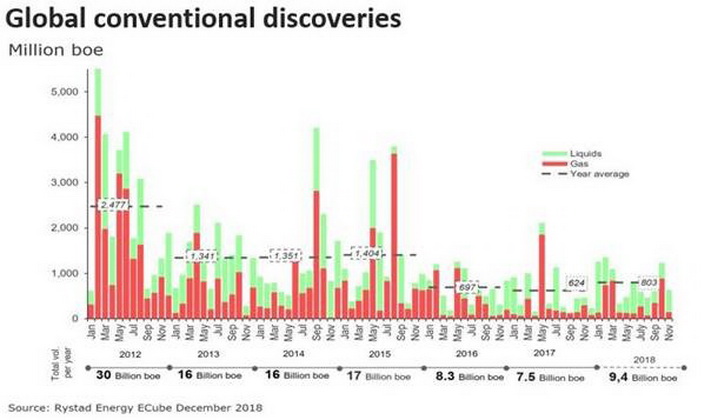 Nevertheless, this statistics leads the Rystad Energy analysts to conclude that «2018 stands as the best year for global oil and gas exploration since 2015,» which of course is correct, but he does not mention that the years from 2012 to 2015 were far better.

For comparison, world oil production in 2017, according to BP Statistical Review of World Energy, was some 34 Bbo, while the gas production was 3680 Bm3 (equivalent to 23Bbo), giving at total of 57 Bboe, far more than 9 Bboe.

The world wide reserve replacement was in 2018 therefore very low.

Among the top 15 discoveries last year, the only in Norwegian waters was Hades/Iris operated by OMV. The discovery may contain up to 250 MMboe of gas, according to NPD.