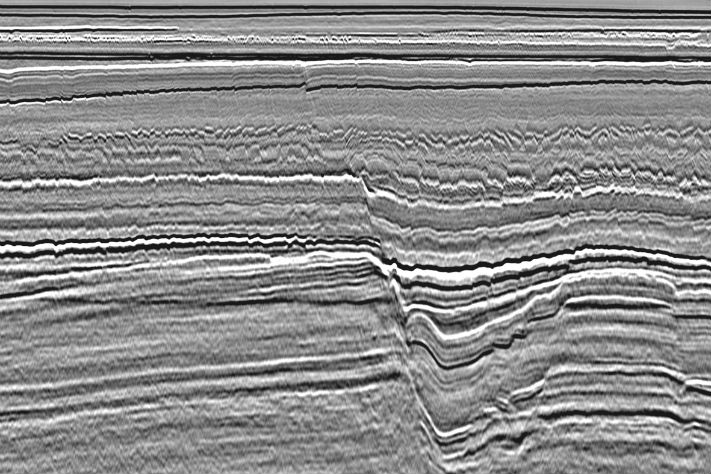 Flat spot in the North Sea. With the wrong silver bullet it can be taken for something else than a contact between gas and water or oil and water. Illustration: CGG

The silver bullet – that wasn’t

A case study from the early days clearly demonstrates that the value of solid team work should not be underestimated.

– The message is clear. We need to learn from where de-risking goes wrong, says John Ancock, independent petroleum geoscientist with vast experience from international oil companies and the NCS.
John was involved in the early days of exploring the North Sea. Being employed by one of the multinationals, he got to see how they used various forms of de-risking, some with success, while others went wrong.
– The case study I plan to present at NCS Exploration in May dates back to the early years of Norwegian exploration, in the days when lots of elephants were there for the hunting.
The case study, as far as available data allows, deals with events of the latter part of the 1970’s.
– The Brent Field had been discovered by the Shell–Esso partnership in the UK, while Esso Norway, with licence 001, was trying to explore the Grandad Prospect, now known as the Utsira High. Meanwhile, back at the ranch, Phillips Petroleum was beavering away with pipelines and production on the Ekofisk Field, – heady days, John says.

«Oil is found in the minds of men»

Another potential giant was awaiting to be drilled, but not every company had it as top priority. The structure was unquestionable, but a prominent DHIcould have other explanations than a contact between hydrocarbons and water. For de-risking purposes, the multinational came up with an innovative de-risking tool. Regrettably, it failed, as the exercise ended with a negative conclusion. Others thus became successful.
– The lessons learned are that silver bullets need to be carefully reviewed, and – moreover – that integrated team work is better than anything else.
The geoscientist also sees an important role for the authorities.
– We need to learn from these de-risking exercises, and NPD should be in the forefront and publish them. After, say 10 years, nobody has anything to loose, John Ancock concludes.
Program