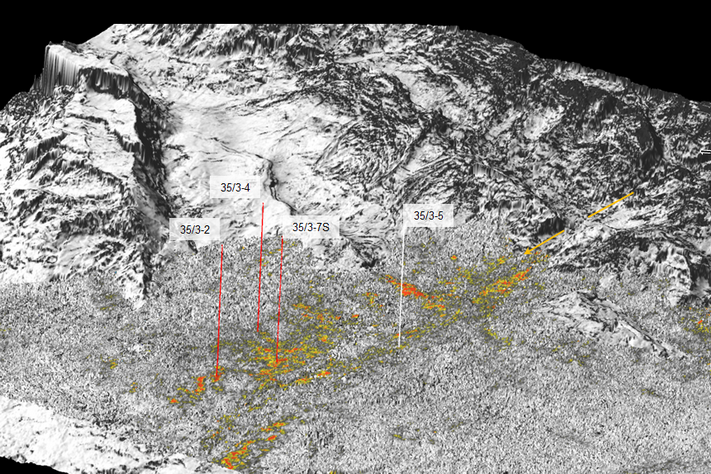 AVO map over the Agat discovery

There is still potential to find hydrocarbons and in the northern North Sea. And, as proven by the recent Cara discovery, not only in the classical Upper Jurassic play.
According to a talk that will be given by CGG at the NCS Exploration conference in May, Cretaceous stratigraphic plays have not necessarily revealed their full potential.
– This is partly due to the lack of homogeneity in the seismic coverage and variability in the quality of wellbore descriptions, says Aurelien van Welden and Mathieu Deni of CGG.
One of the challenges looking for hydrocarbon is the amount of datasets the exploration geoscientists have to use in order to identify and characterize prospects.
Various service companies have been providing data over the years and natural technological improvements have led to a multitude of attributes and ways of describing the geology of the Norwegian continental geology, be it wireline or seismic imaging.
In their talk, Aurelien van Welden and Mathieu Deni will present the benefits of using a large hi-end seismic dataset, seismically-derived attributes such as AVO, Acoustic Impedance (Ip) and porosities coupled to a standardized well database in order to improve the efficiency and the reliability of prospect mapping and assess their prospectivity.
– Light hydrocarbons are common over the Måløy Slope in the Agat Mb (e.g. Agat discovery wells in 1980 and subsequent well 35/3-7S in 2009) and locally in the Kyrre Fm (35/9-3 in 1997) therefore can we use the AVO Class III proxy for screening their occurrence, they say.
– Using the rich low frequencies from the BroadSeis acquisition, we also generated absolute Ip volumes which are used for the generation of 3D porosity volumes..
The Gardner and Raymer-Hunt equations were calibrated from the existing well information but the acoustic inversion was only run using scaled seismic velocities.
– We can therefore use the well database as a blind QC tool for the robustness of the inversion, the CGG representatives say.