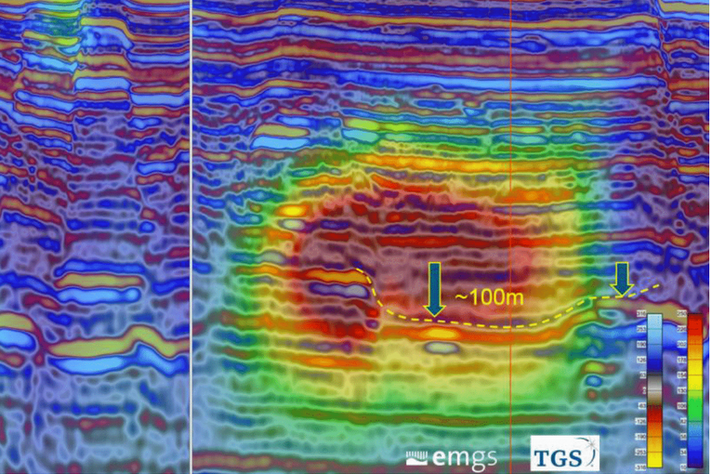 Triassic prospects in the Hoop area are overlooked because they lack clear bright seismic reflectors.

The Hoop area in the Barents Sea is covered with broadband 3D seismic and 3D CSEM data.
– It appears that the CSEM-data have big and numerous EM-anomalies in the Lower Snadd Formation, says Bent Kjølhamar, Director of Project Management, in TGS .
– They all seem to have a good structural control as they lie within horsts or rotated faultblocks. In spite of this they are generally discarded as they are not associated with bright seismic reflectors, he adds.
Kjølhamar points out the importance of the Gemini North well that hit 5m oil pay in the Snadd Formation.
– This is great news as it is the first proof of Triassic oil in the area. However, we do not see anomalous bright features in the seismic.
Why? TGS took the challenge and started an investigation.
TGS plans to present this case in the forthcoming Hydrocarbon Habitat seminar in Oslo October 24 and Stavanger October 26.

The purpose of the seminar is to evaluate the outcome of this year’s wildcats based on modern technology. Our speakers will therefore make an attempt to explain how the de-risking could have been done differently – if possible.
REGISTER.